VIKALP – our idea of the perfect political alternative

It is irony of the nation that the word politics has been abused so much that common man has lost hope and every political party is treated at par with extreme disdain.

The VYM is fully aligned to the political values of the VIKALP and strongly believes in the core Idea of India, in which all Indians are equal and deserve equal opportunity and respect. We believe in inclusive development and strongly support an agenda which ensures that all Indians have the right to at least basic needs, livelihood and social justice and are empowered to determine their own destiny.

Recognising the challenges faced by youth in the domain of politics, VYM strives to be open, democratic and inclusive. The organisation maintains a transparent process of membership. A set of clearly defined guidelines and criteria create an open entry for interested youngsters who identify with the organisation’s core values. Our members elect OBs through an independently conducted and audited process of internal elections that are free, fair and absolutely democratic.

The Future of the alternative politics – nothing can stop us 🙂

Let us look at the present scenerio in the Indian politics. In states, the BJP has become the only alternative to the Congress and the AGP. The electorate is so disillusioned by a non-performing state government and a paralysed UPA government at the Centre that they polarised around the BJP in the last Lok Sabha polls. Both the Congress and the AGP suffer from credibility crises. The kind of “alternate politics” that the “Vikalp Party” could have provided had not taken shape then. The image of VIKALP had in fact taken a severe beating after Kumar and his team demonstrated anarchic tendencies. Today the scene has changed. The VIKALP has given the electorate here a new hope that a different kind of politics is possible. A kind of politics where the money coming into the party’s coffers have a paper trail so that the source is not obscure and shady.

Five years ago, a dream took shape and a unique idea was born. It was a dream to empower the youth of India, by opening the doors of the world’s largest youth organization for them, by giving them right to select their own leaders and also by grooming them as leaders of masses. It was indeed a revolutionary concept and a radical thinking. The person behind this idea is Mr. Kumar Gaurav, who strongly believes in openness, voice, internal democracy, decentralization of power and systems and process.

The idea to open the doors of the organization and change its prevailing membership structure – where you could become a member only if you knew an active member – to one, where literally “one should just be able to send a postcard to get membership” was a breath of fresh air, as was the thought that henceforth positions would not be given, but had to be earned through fighting organization elections. Kumar’s  idea was to strictly enforce the age limit of the organizations. While there was initial apprehension as to how this entire system would work, along with some level of insecurity for the incumbent office bearers –“humara kya hoga?”, the entire VYM and VCM team put their heart and soul into the process, and the VYM and VCM transformation process began to take shape.

It was August 2013. Only a month ago, Kumar had been inducted into the leadership at NIT Kurukshetra, and given the responsibility, of being in charge of the student revolution.

We Dare To Dream, the Journey Continues…

It was like infusing a whole new change to the system, which till then operated exclusively on legacy practices and platforms. With a core team from VYM and VCM working in tandem and piloting the endeavour, a-six pillar transformation road-map was laid out with Membership, Elections, Training, Programs, Performance Measurement and Code of Conduct being stepping stones that eventually led to a significant transformation within the VIKALP Family.

A consensus on transformation was reached through a democratic process. Discussions would begin in the morning and carry on till late into the evening. Every single point, every single clause was intensely debated. Consequently, drafts were prepared and submitted to the National Executives of both the organizations for feedback. Finally around April 2016, the structure was ready and Bihar was chosen as the first state to have open membership campaign and organizational elections. The results were amazing, to say the least. The youth of Bihar came out in hordes to support the process and hailed the new system and Kumar’s vision. The successful completion of the membership and election process in Bihar convinced even the naysayers that change was possible, and the team put in even greater effort to fine tune and improve the process as we went along. With every election there were new learning and modifications. For example, after Bihar, it was felt that the traditional Block, District, State model was not working well. The organization therefore changed the VYM election model to Assembly, Lok Sabha and State. Gradually, it moved even further down to the Wards and the Panchayat and today, the VYM is the only organization to have teams even down to the Booth level.

Other changes have also taken place. While initially, only three positions – President, Vice President and General Secretary were contested for, today, we have expanded the team and also have elected Secretaries in the committees. The transformation is a unique endeavour to bring all sections (right from grass roots level) of the society into “mainstream politics,’’ something that no other organization in this country can replicate. The VYM membership and election process has brought in a new vibrancy and diversity within the organization. The VYM members today come from every nook and corner of the country and from different walks of life. They range from newspaper vendors to professionals. Apart from membership and internal elections, other pillars of our transformation process are a comprehensive training regime right down to Assembly and Panchayat level and a detailed program calendar.

Of course, this journey has not always been smooth. The roses and the thorns have co-existed. Criticism of the process – of too much use of money, of the time taken to complete the membership-election cycle in a state, reports of fake and forged membership, of bias etc.– have all done the rounds. In some cases, we have had real crises, and have also initiated strong disciplinary action against anyone who was playing foul with the system. To ensure that the open membership and election process does not remain a one-off, the VYM  has also initiated the second round of membership and elections, which have been successfully completed in Delhi, UP and MP.  Today, having completed the election cycle in some states, we are justifiably proud of ourselves. At the same time, we realize that this is not the time to rest on our laurels, but to pledge to work even harder and harder to strengthen the organization. 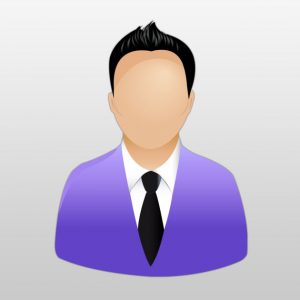